The Garfield Center for the Arts at the Prince Theatre has five staff positions. This team is responsible for providing the organizational infrastructure required to run the theatre and to support all program initiatives. It also supports the Board of Trustees and manages the cadre of actors and program volunteers whose contributions make the center what it is today. 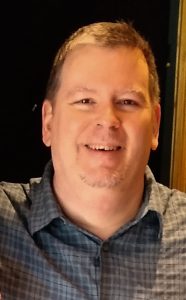 Steven J. Arnold Executive Director
Email: sarnold@garfieldcenter.org
Steven J. Arnold is a professional Arts Administrator. Theatre Stage Director, Designer, Playwright and Actor who has worked professionally throughout the Midwest and the East Coast, with over 75 production credits and more than 15 years of administrative posts spanning over more than 30 years of associated work. He holds a B.A. in Theatre from The Ohio State University where he received national recognition as one of only two undergraduates in the nation to present theatre research at the Mid America Theatre Conference in 2003. His directing credits include productions for The Ohio State University, The Players Guild Theatre, The Mansfield Playhouse, The North Canton Playhouse, Church Hill Theatre and Woodford Theatre, among others. As the Artistic Director of The Mansfield Playhouse for three seasons, from 1997 to 2000, he staged 6 productions per season on the Main Stage, developed new works for their downstairs “Second Stage,” and was a founding member of the comedy Improv group Under the Influence, which began in 1998 and is still performing and successful. He founded a second comedy Improv group, ScrewLoose, in Canton, Ohio in 2004. As a playwright, three of his full-length scripts have been produced and he has had multiple produced short plays, including several for The Garfield Center for the Arts’ Short Attention Span Theatre short play festivals. He also penned his own musical adaptation of Charles Dickens’ A Christmas Carol, in which he wrote the Book, Music, Lyrics and Orchestrations, which premiered at The Mansfield Playhouse in 1999. As a professional actor, he originated the role of Matthew Elliot in The White Savage at the professional outdoor drama Trumpet in the Land. Other notable professional experience includes roles in tours and resident productions of Oklahoma, Assassins, Carousel, The Succession and Trumpet in the Land. Favorite directing credits include The Rocky Horror Show, 1776, Cotton Patch Gospel, Amadeus, The Will Rogers Follies, Lucky Stiff, Man of La Mancha and The Music Man, among others. Steven currently resides in Chestertown, Maryland, where he is thrilled to be the newly-appointed Executive Director for The Garfield Center for the Arts at the Prince Theatre.

Nic Carter Theatre Manager
Email: ncarter@garfieldcenter.org
Nic has been involved with the GCA since his first show here being Sweeney Todd back in 2018, where he appeared as Beadle Bamford.  Nic began working as the Theatre Manager later that year.  Nic grew up just down 213 in Centreville, is an Eagle Scout, and got his start in theatre as a student at Queen Anne’s County High School after appearing as Fred the cowboy, and working on the light crew in a 2004 production of Oklahoma! directed by Shelagh Grasso. That summer, Nic operated the light board for Sylvia Maloney’s production of A Funny Thing Happened on the Way to the Forum at Church Hill Theatre. After an illustrious (his words) high school career both on stage and on light crew, with an award-winning (QACHS International Thespian Society award for best supporting actor) appearance as Selsdon in Noises Off!, Nic attended Frostburg State University where he majored in History. The following year he would change his major to Theatre with a focus in Lighting Design and technology. During his tenure at FSU Nic spent several summers working on the Performing Arts Center Crew, and received a Kennedy Center certificate of merit for his lighting design in a 2011 production of Ruined. Since returning to the shore Nic has designed lights for a number of shows around the area. Then in 2014, for the first time since high school, Nic returned to the stage in Is He Dead? at CHT. Since then, he has worked at The Avalon Theater as a Lighting Designer and Bartender.  Nic lives locally with his lovely fiance Shannon. 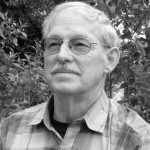 Butch Clark Technical Director
Email: bclark@garfieldcenter.org
Butch is the man behind the curtain at every production.  In addition to designing and running sound and lights, he builds most of the sets used in the theatre. And he does all of this while holding down a full time job with the US postal service and volunteering for many other productions, concerts and public events held across his home county.   Honored as the Chestertown Tea Party Grand Marshall in 2011, Butch also made his stage debut to a delighted audience at the 2011 Women Helping Women fundraiser.  Here’s a secret not many people know – approximately 95% of the lighting and equipment used in the theatre is on loan from Butch Clark!

Jane Welsh, Finance Manager
Email: jwelsh@garfieldcenter.org
Jane is responsible for the day to day financial operations of the theatre.  She has accounting and business experience in both for-profit and non-profit organizations.  Most recently, she served as the Executive Director for the Animal Care Shelter for Kent County. While finding “forever families” for homeless animals was very gratifying, Jane shares an appreciation for the arts and is  extremely excited about joining the Garfield Center.

Adrienne Wrona, Development Director
Email: awrona@garfieldcenter.org
Adrienne received her Bachelor of Arts degree from Kutztown University of Pennsylvania where she studied Theatre and Psychology. She is a Stage Manager, Director, and Actor who also dabbles in make-up design. Adrienne is a proud fourth-generation Stanislavsky student, trained by the apprentice of Sonia Moore. She received a Kennedy Center American Collegiate Theatre Festival (KCACTF) Award of Merit for Carapace (Stage Manager) and The School for Scandal (Ensemble & Production Stage Manager) and was a finalist in the KCACTF Stage Management competition for her work on Crimes of the Heart. Adrienne also received a nomination for the Irene Ryan Acting Scholarship for her role as Mrs. Smith in The Bald Soprano. Adrienne was the President of the Rho Upsilon Cast of Alpha Psi Omega, the National Honors Fraternity for Theatre as well as President of the Sunshine Players, a touring children’s production team, bringing the art of performance to local elementary and middle schools. After college, Adrienne was a Cheerleading Coach and Substitute Teacher before finding herself on the Eastern Shore working for Echo Hill Outdoor School. Adrienne spent 2013-2020 working as a professional for the Boy Scouts of America in both Pennsylvania and the Del-Mar-Va area. She is a certified Challenge Course and Climbing Program Manager, as well as Camp Director. Her two greatest passions are outdoor education/camp and the performing arts. Adrienne is eager to dive into the Kent County arts community and to share in your stories and love of live theatre.

In loving memory of Judy Kohl