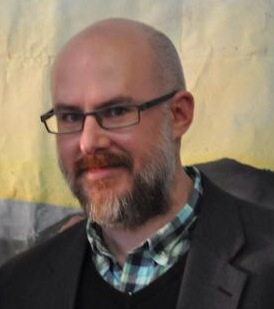 Chestertown, MD – The Garfield Center for the Arts is pleased to welcome the newest member of its staff, Jeff Woodbridge, who joins the GCA in the position of Visiting Artistic Program Manager.

Woodbridge, who brings 27 years of theatre experience to this position, will be working closely with the GCA Staff, volunteers, and Board of Directors to assist with artistic programming as well as marketing and communications for the 2014 Season.  “With the departure of Lucia Foster, we needed someone who was familiar with the GCA’s programs and operations,” says Jim Landskroener, Garfield Center Board President.  “Jeff came to us the first of the year as a visiting artist, currently directing the GCA’s spring production, How I Learned To Drive.  In that capacity, he has quickly developed the respect of the current staff, and we are pleased to have him join us on a temporary basis while we, the Board, set about planning for the theatre’s future artistic direction.”

Garfield Center Managing Director Kathryn Bursick describes Woodbridge as bringing a winning mix of performer-oriented artistic skill and audience-driven marketing savvy.  “Jeff understands the GCA’s needs and values its mission.  He knows how to take the creative lead, set ambitious but reachable goals, and raise the bar for artistic and organizational excellence,” says Bursick.  “He brings great vision, engagement, and energy to our team.”

Mr. Woodbridge previously served as Literary Manager for the New York-based Rising Sun Performance Company and as Artistic Director for Unbalancing Act in Seattle, WA.  As a director and producer, Jeff’s previous credits include NYC Theatre:  Pit, And Miss Reardon Drinks a Little (Long View Theater Co.); Spring Tides (Boomerang Theatre Co.); Brilliant Traces, Stripper Lesbians, On Top (Rising Sun Performance Co.); Regional Theatre: Recent Tragic Events, The Masters (Unbalancing Act); Tuna and Tea (FourPlay); Riches (In the Moment Theatre); A Story of the Unspoken, Independence (Freehold Theatre).  He is an Associate Member of the Stage Directors and Choreographers Society and was a student of the Einhorn School of Performing Arts at Primary Stages in New York, NY, and the Freehold Theatre Lab/Studio in Seattle, WA.

Woodbridge says that his 20-plus years of involvement with other theatres has been rewarding but that he is looking for new creative challenges and growth, both of which he has found through the Garfield Center.  “The reasons I was drawn to the Garfield Center were its commitment to being an arts center for the whole community, the opportunity to work with some of the amazing talent associated with the Garfield, and a chance to produce work in the beautiful, historic Prince Theatre building,” says Woodbridge.

Originally from Seattle, WA, and a former resident of New York, NY and Middletown, DE, Woodbridge is now a resident of Chestertown and can be reached at jwoodbridge@garfieldcenter.org.

How I Learned to Drive, directed by Jeff Woodbridge, is on stage at the Garfield Center May 30 and 31 at 8pm, and June 1 at 2pm.  Tickets are $15.00 and can be reserved by calling 410-810-2060, visiting garfieldcenter.org, or emailing boxoffice@garfieldcenter.org.

Since its inception in 2002, the Garfield Center for the Arts at the Prince Theatre has enjoyed success in various community endeavors, including producing top of the line theatrical and musical productions, providing quality educational enrichment experiences in the arts for children and adults, and partnering with community organizations for fundraising and other events that benefit the broader community.

The GCA is excited to promote its 2014 schedule, including monthly events like Open Mic Night, Live Playwrights’ Society, and First Fridays, annual highlights like Revolutionary Theatre/Tea Party Festival and Downrigging Weekend concerts and events, and the Chestertown Blues Series, and our educational opportunities – Playmakers’ Summer Camp and MUSICAMP.  2014 theatrical productions include ‘How I Learned to Drive,’ ‘Inherit The Wind,’ and our 10th year of Short Attention Span Theatre!