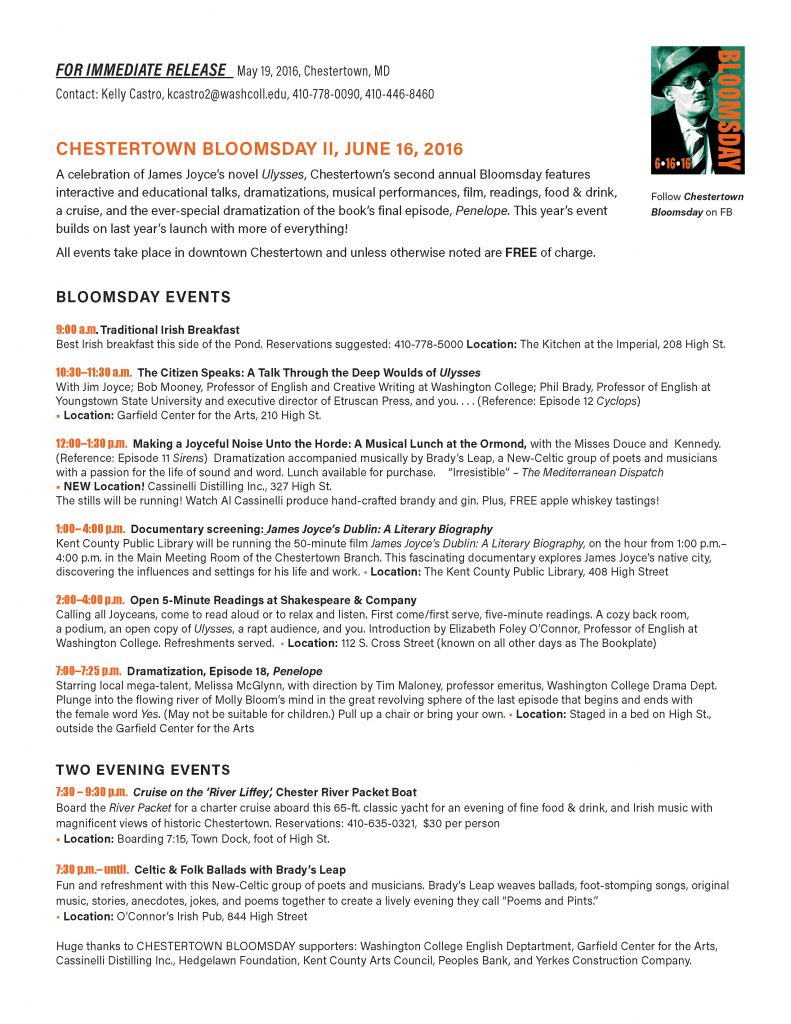 Irish writer James Joyce’s novel Ulysses unfolds over a single day in Dublin on June 16, 1904. Bloomsday – June 16, the annual celebration of the novel and Joyce – is named for the novel’s protagonist, Leopold Bloom, who wends his way through the Dublin’s urban landscape, the odyssey of a modern-day Ulysses. Around the world Bloomsday celebrations feature readings, meals, dramatizations, and, especially in Dublin the hoisting a few Guinnesses.

If you’re new to the novel, don’t worry; Chestertown Bloomsday is a fun and easy way to work your way through Ulysses.

Bloomsday is a commemoration and celebration of the life of Irish writer James Joyce during which the events of his novel Ulysses (which is set on 16 June 1904) are relived. It is observed annually on 16 June in Dublin and elsewhere. Joyce chose the date as it was the date of his first outing with his wife-to-be, Nora Barnacle; they walked to the Dublin suburb of Ringsend. The name is derived from Leopold Bloom, the protagonist of Ulysses. (excerpt from Wikipedia – read more…)