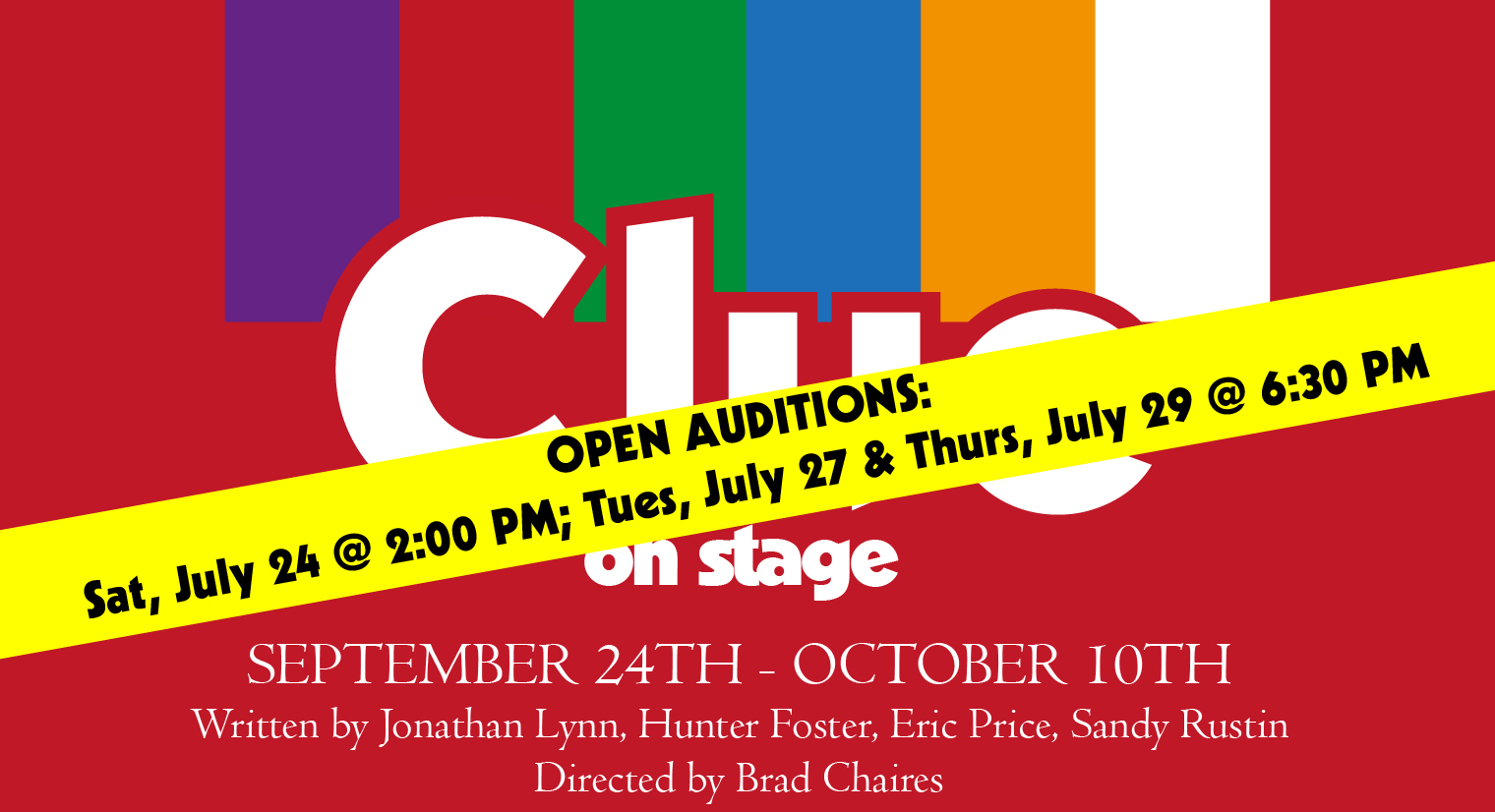 The Garfield Center for the Arts is pleased to announce audition dates for the fall comedy Clue On Stage by Lynn, Foster, Price, and Rustin. Auditions will be held inside the theatre, at 210 High Street in Chestertown, on Saturday, July 24th at 2:00 PM, Tuesday, July 27th, and Thursday, July 29th, both at 6:30 PM. Callbacks are TBD as needed. The play will be performed Friday and Saturday evenings and Sunday afternoons starting September 24th through October 10th.

Director Bradley Chaires asks those who audition to bring a list of conflicts for August through performance dates. Auditions will consist primarily of cold readings from the script. Prepared monologues of 1-2 minutes are encouraged, but not required.

Rehearsals will be held primarily on Tuesdays and Thursdays at 6, and Saturdays at 11 until tech week when they will be daily. Additional rehearsals may be called depending on cast availability.

ROLES AVAILABLE are: WADSWORTH, a traditional British butler in every sense, uptight, formal, by-the-book, he is the driving force of the play; YVETTE, a sexy French maid with her own aspirations; MISS SCARLET, a dry, sardonic D.C. madam who is particularly interested in the secrets of her clients; MRS. PEACOCK, the churchgoing wife of a senator, a bit batty, neurotic, and quick to hysteria; MRS. WHITE, a pale, morbid, and tragic woman who may or may not be the murderer of her five ex-husbands; COLONEL MUSTARD, a puffy, pompous, dense blowhard of a military man; PROFESSOR PLUM, an academic Casanova who woos women with his big brain; and MR. GREEN, a timid yet officious rule follower, anxious and a bit of a klutz.

For any additional questions about the auditions or characters, please contact the Director, Bradley Chaires, at bradchaires@gmail.com.