An event every week that begins at 2:00 PM on Friday and Saturday, repeating until October 10, 2021 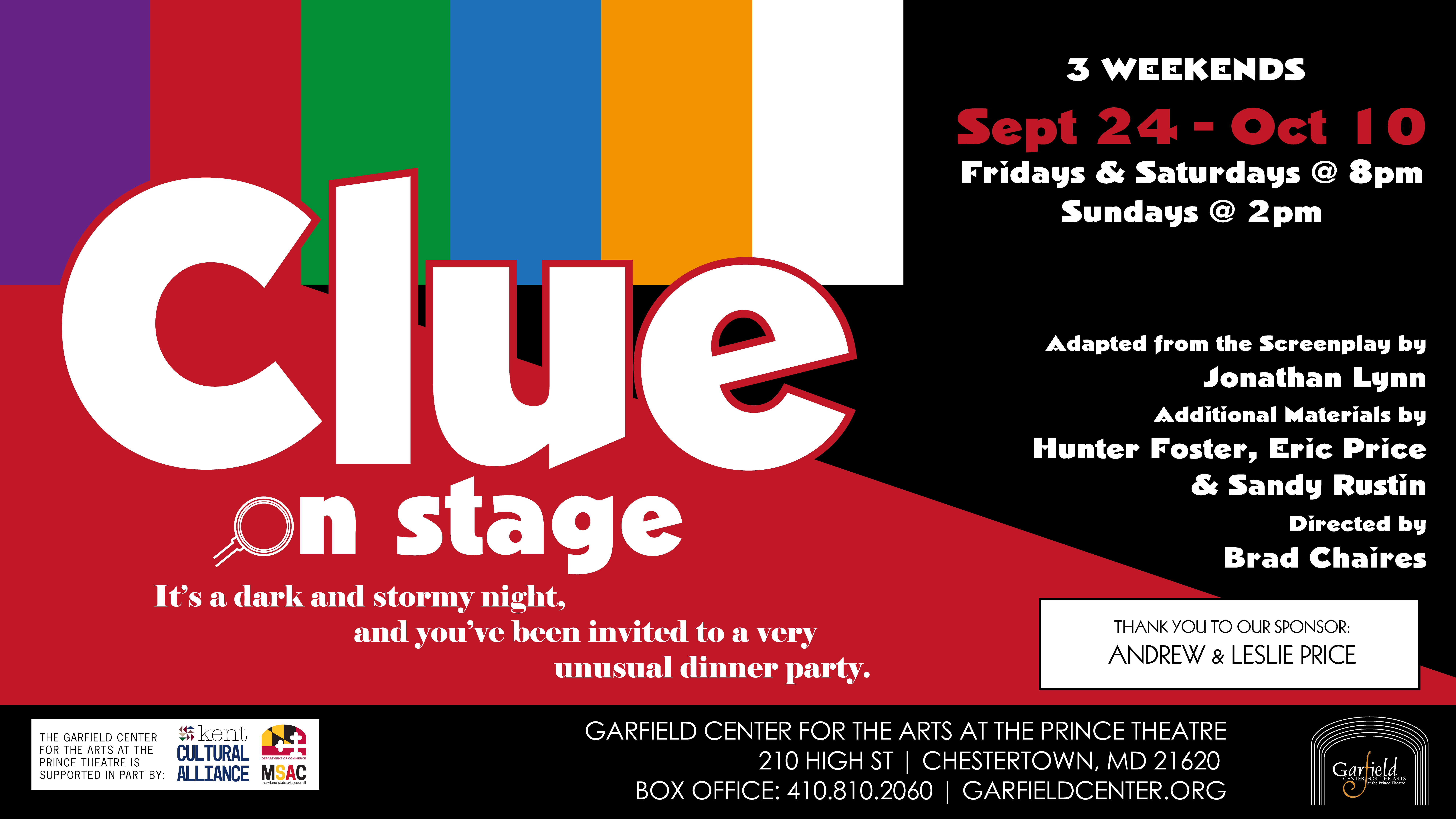 The Garfield Center for the Arts in Chestertown continues its 2021 season with the hilarious muder mystery spoof Clue On Stage. Adapted from the Paramount Pictures film written by Jonathan Lynn and the board game from Hasbro, Inc., the play is adapted from the screenplay by Jonathan Lynn with additional written material by Hunter Foster, Eric Price and Sandy Rustin. Not a stranger himself to memorable onstage comedic performances, the director of the production is Brad Chaires.

It’s a dark and stormy night, and you’ve been invited to a very unusual dinner party. Each of the guests has an alias, the butler offers a variety of weapons, and the host is, well . . . dead. So whodunnit? Join the iconic oddballs known as Scarlet, Plum, White, Green, Peacock, and Mustard as they race to find the murderer in Boddy Manor before the body count stacks up. Based on the cult classic film and the popular board game, Clue on Stage is a madcap comedy that will keep you guessing until the final twist. The production is presented by special arrangement with Playscripts, Inc., New York, NY.

Shelagh Grasso oversees the scenic design, with Carmen Grasso and Butch Clark constructing the set. The lighting design is by Nic Carter and Butch Clark, and Nic Carter will oversee sound. The production’s Stage Manager is Jordan Dixon, Costumes are by Connie Fallon and Props are by Jennifer Kafka Smith. Francoise Sullivan of Moo Productions oversees production promotion and ad graphics, and the Garfield Center Staff provides production administrative support. Christopher Wallace assists as a directing consultant and Kendall Chaires assists as a tap consultant.