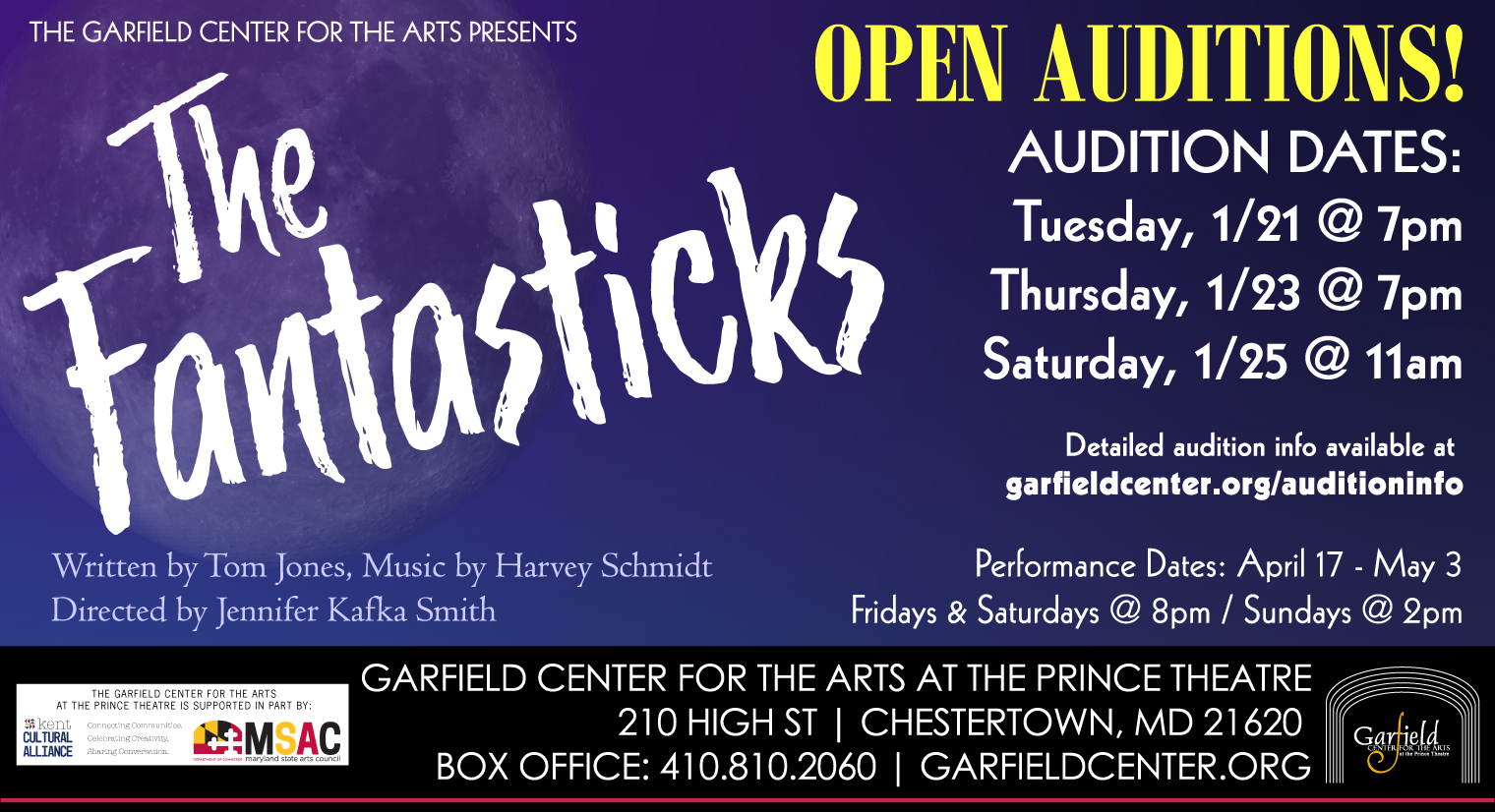 This production will be based on the 2006 REVIVAL production of THE FANTASTICKS in which the lyrics of the song, “It Depends on What You Pay”, were changed to show a timely sensitivity to the word “rape”. If you are interested, information – including the transcript of an NPR interview with the lyricist, Tom Jones, explaining the original use of the word and the eventual rework of the song – can be found online.

*Age, and in many cases, gender, are not necessarily pre-determined.

The casting information provided below is consistent with the original casting of this musical in 1960. These details may be altered, based on the actors who audition, at the discretion of the director. Your task in the audition is to show us that you could portray one of these characters, regardless of their age or gender, as written.

El Gallo (Male, High Baritone, 30-45*). As the narrator of the piece, he is the liaison between the audience and the action onstage. He is warm, cordial, and inviting to the audience, yet with darker moments. His attitude toward the rest of the cast reveals a decidedly mysterious side. Above all he is grand and must command attention.

Matt (Male, Baritone, 16-26*). As a young lover, he is deeply in love, particularly with the idea of being in love. He lacks experience in the world so, while not stupid, he is naive and perhaps even foolish at times. His image of a young man in love is one of a gallant protector, meaning that he approaches some decisions with a falsified bravery that is little more than bravado.

Luisa (Female, Legit Soprano, 16-26*). As a young lover, she is in love. She is in love with love, the idea of love, the idea of being in love and indeed everything remotely romantic. Her dreams are more fanciful than those of Matt. Because of her particular vision of romance, she deals with the world on a particularly naive level.

Hucklebee and Bellomy (Males, Baritone, 45-60*). Blustery and Boisterous. Duo and team. Strong comedic timing a must. Fathers of Matt and Luisa. Always arguing and bickering, but secretly plotting together for the marriage of their children.

Henry and Mortimer (Males, 30-60*). Foolish comic actors who move the action while not seeming to contribute anything of substance. As performers their day has long past. Henry can play grand characters and recite Shakespeare, but with very little success these days. May be asked to speak in an English accent. Mortimer’s specialty is dying on stage in the manner of great adventures and melodramas. May be asked to speak in a cockney accent. Henry and Mortimer function as a unit and rarely appear apart from each other. They are entirely theatrical and theirs is the world of the stage.

The Mute (Male or Female, age open). The Mute serves many functions—setting props as characters need them, assisting El Gallo, and becoming the wall separating the families. While omnipresent the character must also have the ability to fade into the background. This is a functional character that sometimes interacts with the others.