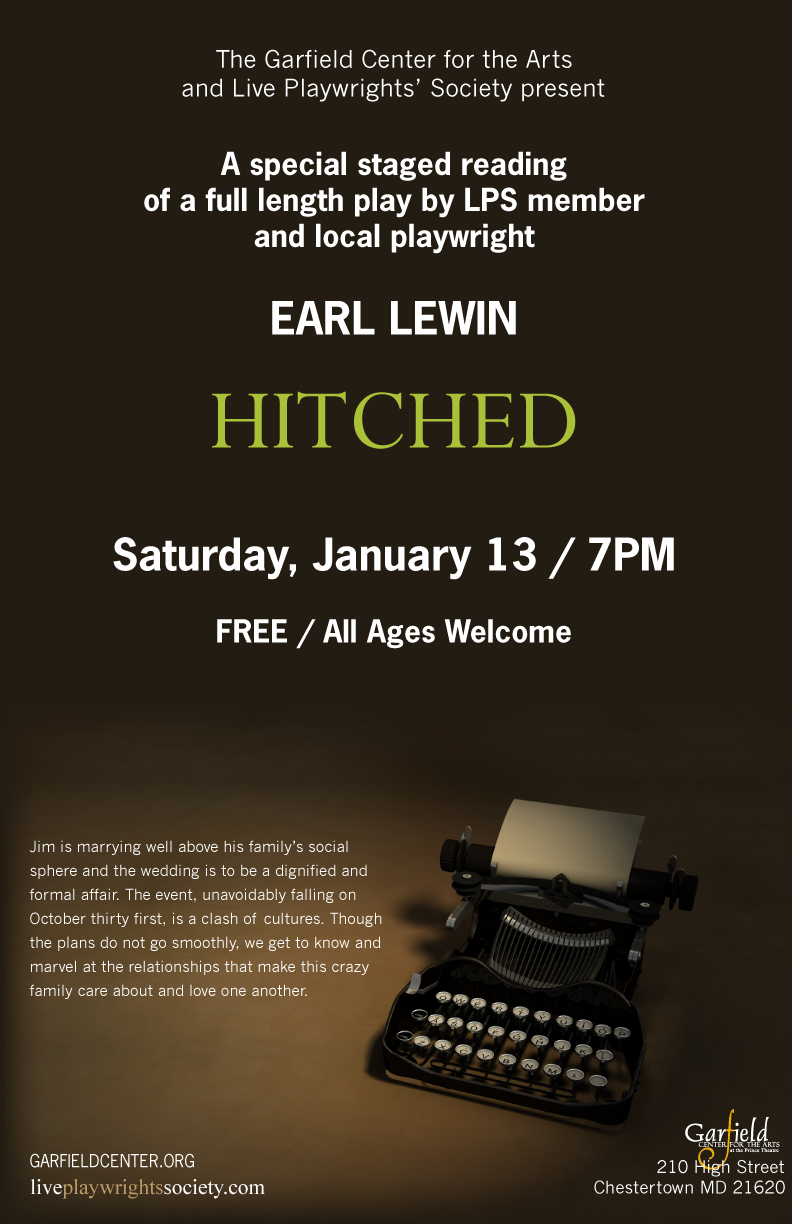 Saturday, January 13, 2018 at 7 pm, the Live Playwrights’ Society is sponsoring a staged reading of a new script, Hitched, by Earl Lewin.

Hitched is a slang term for getting married. The dictionary defines it as loosely tied.

Millie who is divorced, is hosting family members at her home in Phoenix for the wedding weekend of her brother Harry’s son Jim. Jim is marrying well above his family’s social sphere and the wedding is to be a dignified and formal affair. The event proves to be a clash of cultures.

Harry is divorced from Jim’s mother and is flying in from Philadelphia with his latest wife who is half his age. Millie is unaware that her son Bruce, a professor at Georgia State University, is gay. Bruce is bringing his lover, Spike, to introduce him to the family. Millie’s outspoken obnoxious Aunt from Pennsylvania  is among the guests and Millie’s sophisticated niece from New York City is invited. Millie’s ex husband, now running a mission for orphan boys in New Guinea, shows up uninvited asking Millie to take care of him while he recovers from minor surgery. Though the mix is not cohesive, we get to know and marvel at the relationships that make this crazy family care about and love one another.