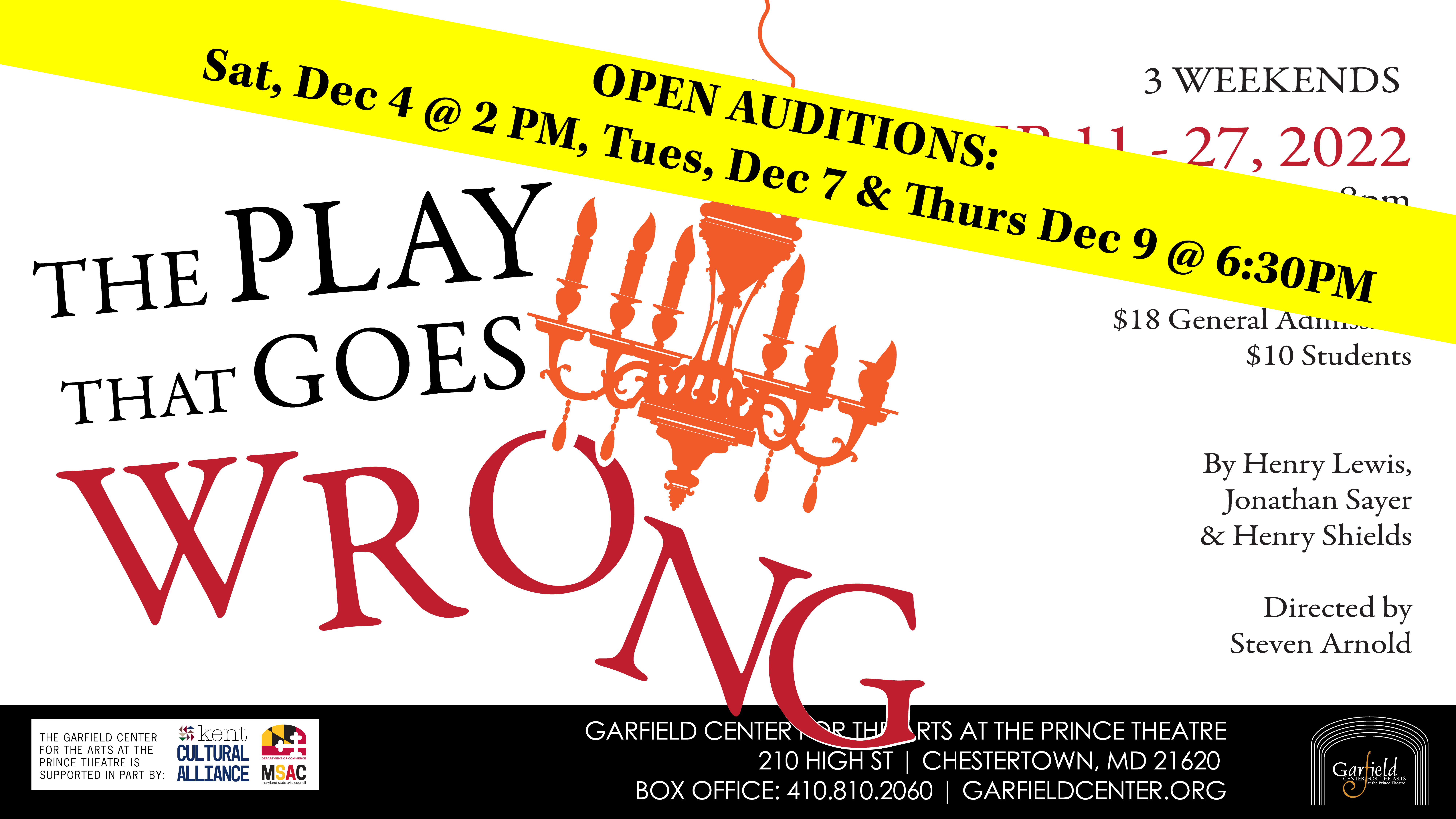 website builder Opening the 2022 season at the Garfield Center for the Arts in February is the over-the-top hilarious new comedy The Play That Goes Wrong, by Henry Lewis, Jonathan Sayer and Henry Shields. The Garfield Center’s Executive Director, Steven Arnold, will direct the production.

The Play That Goes Wrong is the brainchild of The Mischief Theatre Company, which was founded in 2008 by a group of students from The London Academy of Music & Dramatic Art in West London. Since its inception, the company has performed scripted and improvised comedy in the West End of London, across the United Kingdom, and in Europe and Asia. The group also wrote Peter Pan Goes Wrong, which premiered in December 2013, and Magic Goes Wrong, which premiered in August 2019. Two television specials, an adaptation of Peter Pan Goes Wrong and a sequel titled A Christmas Carol Goes Wrong, aired on BBC One in December 2016 and 2017, and a TV series, The Goes Wrong Show, which is currently available to American audiences via streaming services, followed in 2019. The Play That Goes Wrong won a BroadwayWorld UK award and the Olivier Award for best new play in 2015, and it won the 2017 Tony and Drama Desk awards for its set design when it came to New York for its Broadway debut production.

In the play, the fictitious, chronically underfunded Cornley Drama Society, fresh from such hits as The Lion and The Wardrobe, Cat, and James and the Peach, has received a substantial bequest and is putting on a performance of The Murder at Haversham Manor. However, during the performance, a plethora of disasters befall the cast, including doors sticking, props falling from the walls and floors collapsing. Cast members are seen misplacing props, forgetting lines, missing cues, breaking character, mispronouncing words, stepping on fingers and being manhandled off stage, with one cast member being knocked unconscious and her replacement (the group’s technician) refusing to yield when she returns. The cast attempts to forge ahead through the mayhem, but will they make it to the finish line before the set collapses around them? The Play That Goes Wrong, which has gathered worldwide attention and fans, is a hilarious, fresh comedy which gives its audience the opportunity to howl at the misfortune and squeamish moment-by-moment reactions from the players enduring these events.

The play was originally performed with 6 men and 2 women. However, non-traditional casting is possible and may result in a more even distribution of roles between men and women.