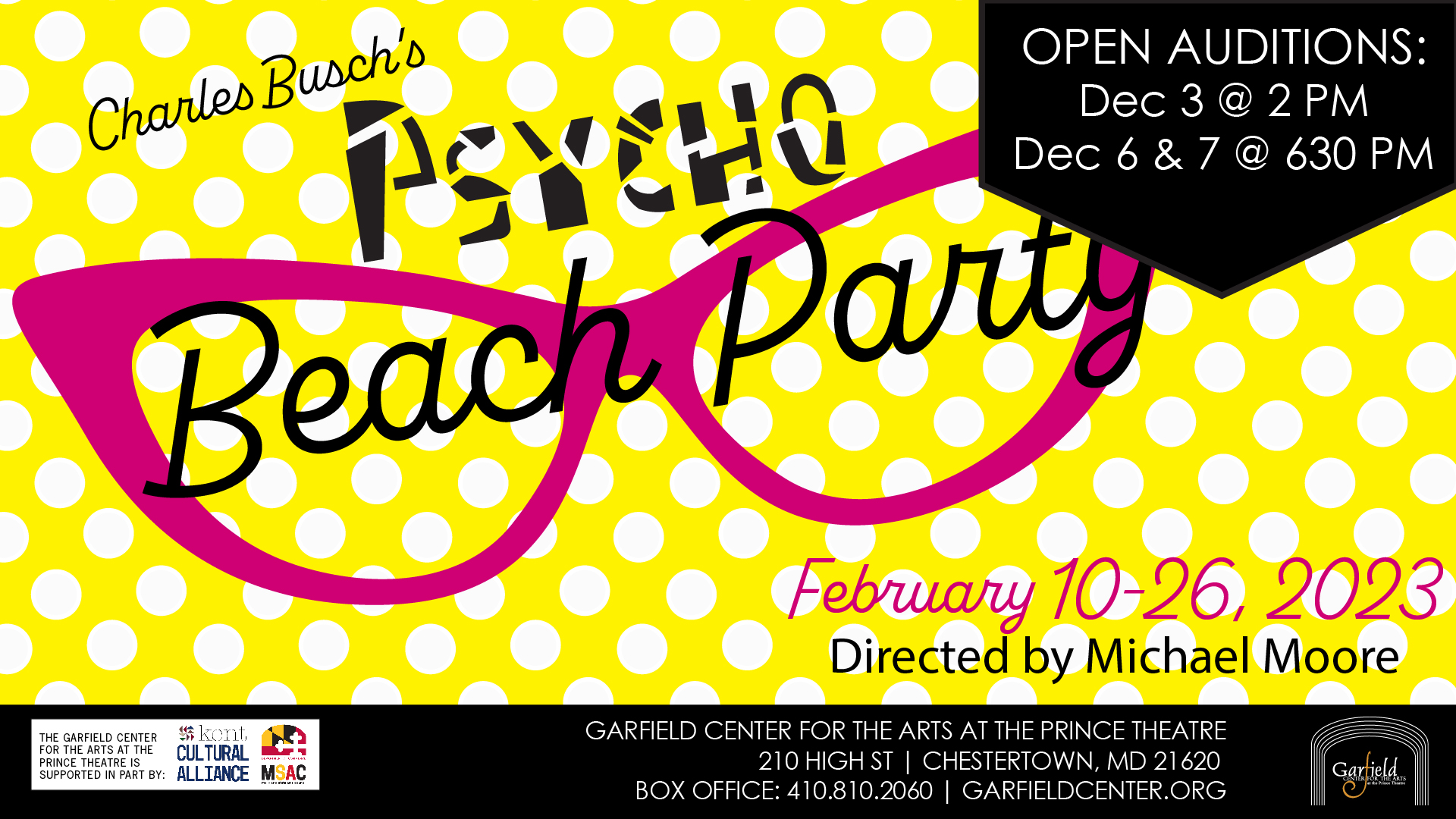 Auditions for the first production of the Garfield Center’s 2023 season, Charles Busch’s “Psycho Beach Party” are scheduled for December 3 at 2:00 PM, December 6 and 7 at 6:30 PM. The play will be directed by Michael Moore, who directed the Garfield’s recent production of “The Laramie Project” as well as performing memorable roles in “Clue” in 2021 and “The Good Doctor” this season. The show performs on weekends from February 10 through February 26th and auditions will be held at the Garfield Center at 210 High Street in Chestertown.

A hilarious cult favorite, imagine Gidget crossed with “The Three Faces of Eve” and “Mommie Dearest.” Chicklet, a perky teenager in Malibu Beach circa 1962, wants to learn to surf and join a group of beach bums led by the great Kanaka. Unfortunately, she suffers from a multiple personality disorder. Seeing red causes her to transform into various other selves, including a sinister vamp out to conquer the world. Complications arise when a movie starlet flees the set of her latest rotten movie to hide among the surfers. The climax is a wild luau scene where hypnosis reveals the shocking root of Chicklet’s psychosis.

The play became a film in 2000, featuring an adapted screenplay by Busch and with performances by Lauren Ambrose, Thomas Gibson, Amy Adams and the story’s creator, Charles Busch, as Captain Monica Stark.

Auditions will consist of readings from the script. The play requires 6 female adult actors and 5 male adult actors. If anyone interested in auditioning needs additional information, contact the Director, Michael Moore, at charles.moore@qacps.org.