She Wins! Beyond The Bruises Movie Premiere 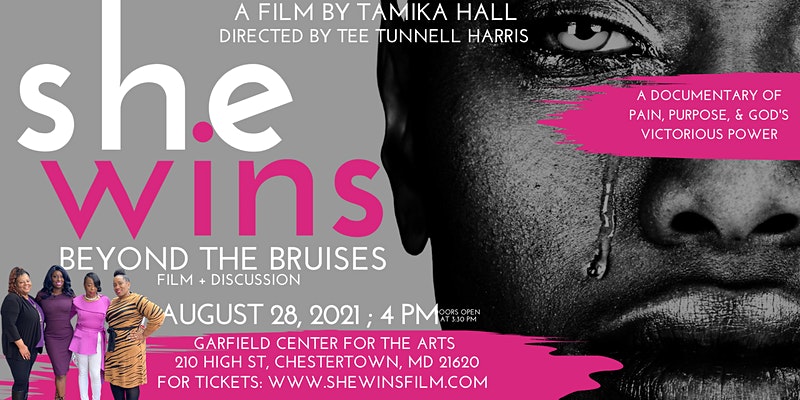 Come out for Tamika Hall’s first feature film, She Wins! Beyond the Bruises on August 28, 2021. She Wins! *LIMITED SEATING*

On average, nearly 20 people per minute are physically abused by someone who claims to love them in the United States. This equates to more than 10 million women and men. Domestic violence takes place in the shadows. SHE WINS BEYOND THE BRUISES is a documentary that shares the testimonies of three incredible women.

Tamika Hall will be making history as the first female African-African American filmmaker to premiere a film at the Garfield Theatre.

Attend this premiere for live music, Q&A from the filmmaker and cast, autograph signing and most of all the showing of the new film produced by Tamika Hall, “She Wins Beyond the Bruises.”