Skip to content
TICKET SALES
Online ticket sales end 3 hours before an event. Tickets may still be available at the door. Call the Box Office at 410-810-2060 to check on ticket reservations.

The Sherman Holmes Project with George Kilby, Jr. – part of the Blues Series 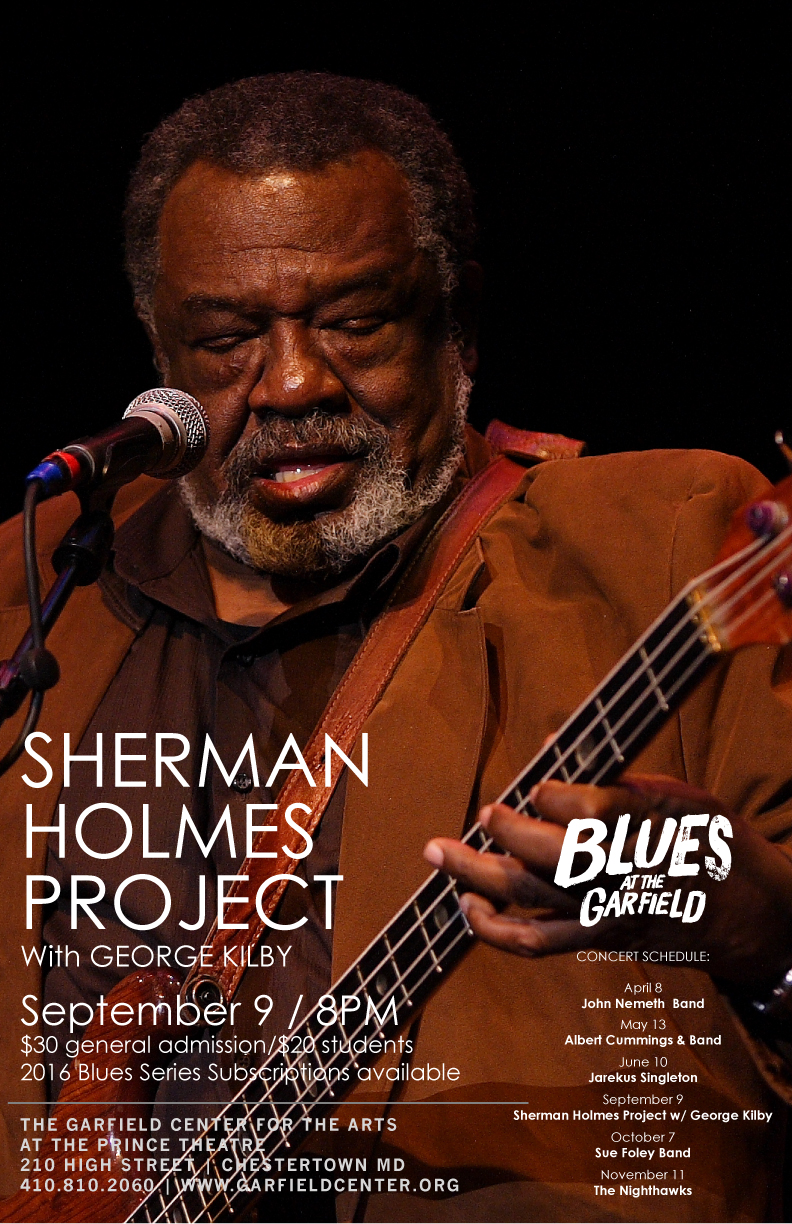 BioVideoWebsite
For 35 years, with 10 acclaimed albums and thousands of live performances, The Holmes Brothers’ jubilant and moving blend of blues, gospel, soul, R&B, rock ‘n’ roll and country has been captivating audiences around the world. Their spine-tingling three-part harmony singing, mixing Wendell’s gruff and gravelly vocals with Popsy’s soaring falsetto and Sherman’s rich baritone, brings the spirit of gospel-inflected deep soul music into every song they perform. The band expertly blends Saturday night’s roadhouse rock and blues with the gospel passion of Sunday morning’s church service.

BROTHERHOOD, their fifth release for Alligator, is also their most bluesy album to date, filled with roadhouse wisdom, late-night doo wop, soulful R&B and closing with an amazing dose of Sunday morning spirit.

On BROTHERHOOD, The Holmes Brothers dig deep to deliver a wealth material. The new release features fourteen songs—including eight new Holmes Brothers originals. And, to complement the original material, there are six carefully-chosen covers including dazzling versions of songs by Ike Turner (“You’ve Got To Lose”), William Bell & Booker T. Jones (“My Kind of Girl”), Ted Hawkins (“I Gave Up All That I Had”) and more. The band’s unparalleled version of “Amazing Grace,” which opens every Holmes Brothers live performance, is a soul-stirring highlight of the album.