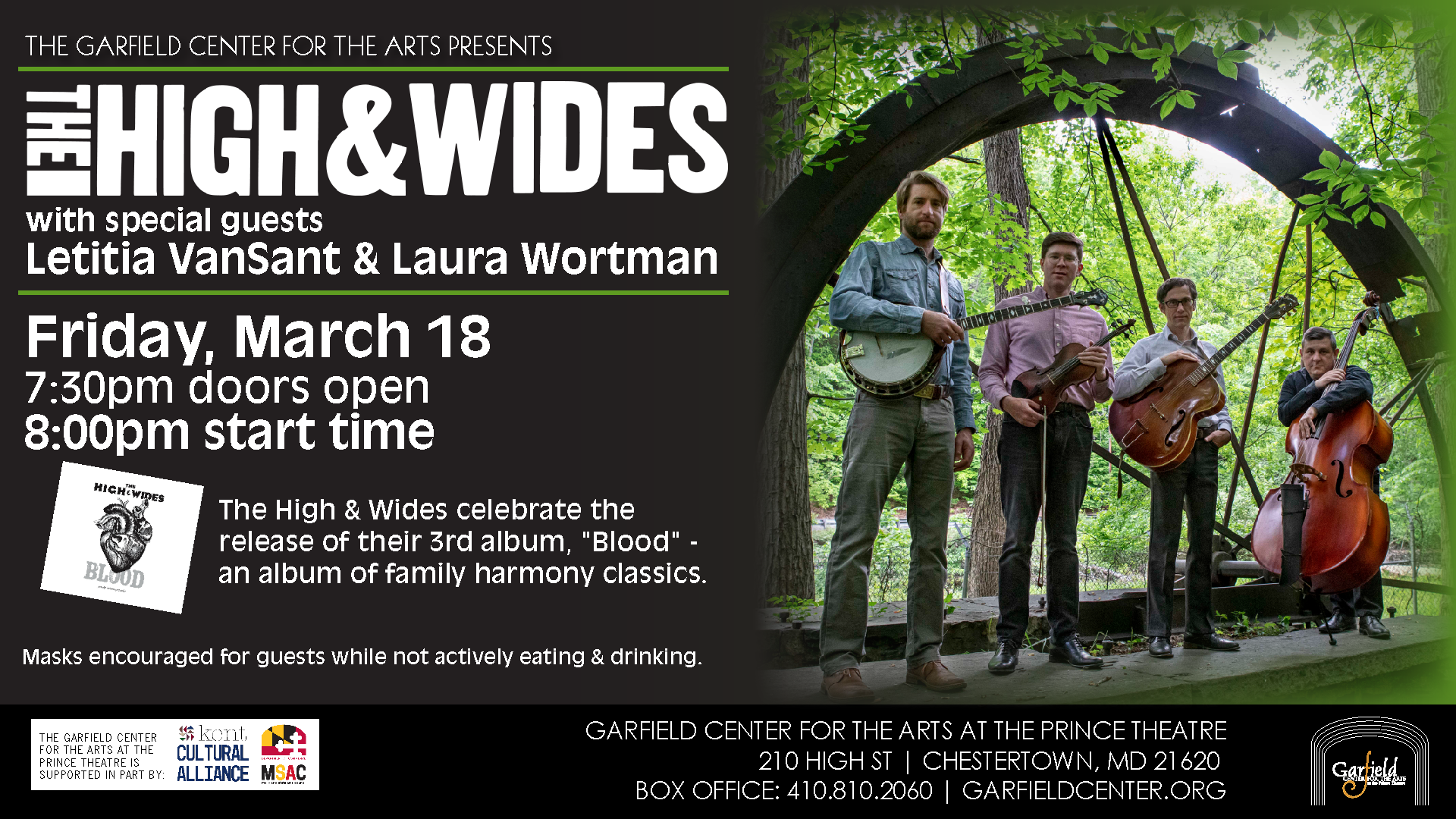 Masks encouraged for guests while not actively eating & drinking.

The High & Wides celebrate the release of their 3rd album, Blood – an album of family harmony classics.

They are extremely excited to welcome Letitia VanSant with Laura Wortman of the band Honey Dewdrops to open the show.

About the band: The High & Wides project a big, driving sound—mountain musical traditions re-imagined for a new century. Formed on Maryland’s Eastern Shore in 2015 and with roots in Baltimore and the Delmarva peninsula, they draw on backgrounds in bluegrass and weave in influences from new wave to old time to make music that defies boundaries while evoking the era when old-time, western swing, and early rock’n’roll mingled freely.

Both 2018’s album “Lifted” and 2019’s “Seven True Stories” were greeted with critical acclaim and debuted in the Billboard Top 10 Bluegrass Album sales chart, and “Blood” is coming out in March 2022.