An event every week that begins at 2:00 PM on Friday and Saturday, repeating until May 8, 2022 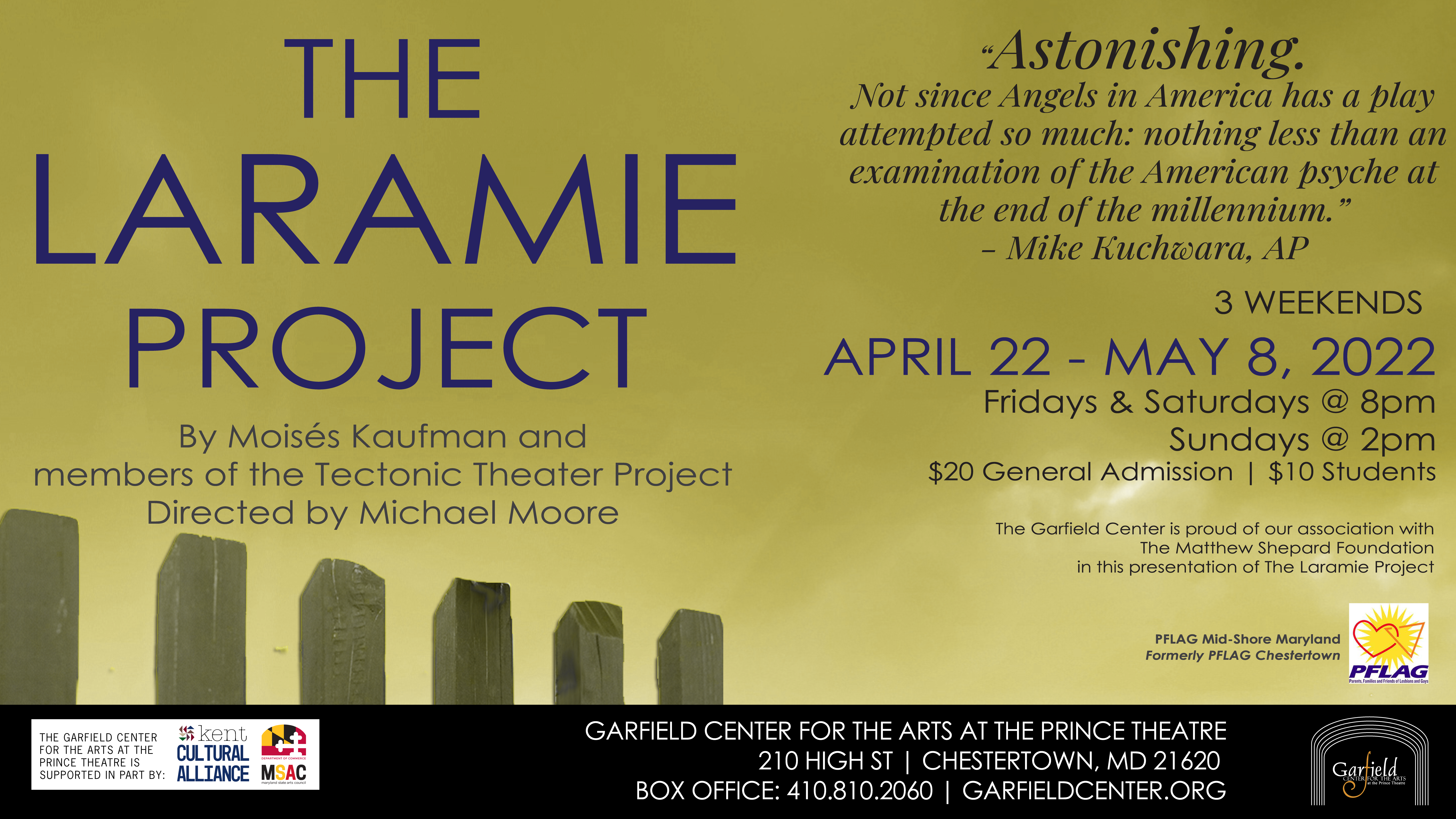 “The Laramie Project” by Moisés Kaufman and members of the Tectonic Theater Project
Directed by Michael Moore
Produced by special arrangement with Dramatists Play Service, Inc.
Performance Dates: April 22, 23, 24, 29, 30, May 1, 6, 7, 8, 2022
PURCHASE TICKETS
SUMMARY: In October 1998, twenty-one-year-old University of Wyoming student Matthew Shepard was kidnapped, severely beaten, and left tied to a fence in the middle of the prairie outside Laramie, Wyoming. His bloody, bruised, and battered body was not discovered until the next day, and he died several days later in an area hospital. He was the victim of this assault because he was gay. Moisés Kaufman and fellow members of the Tectonic Theater Project made six trips to Laramie over the course of a year and a half, in the aftermath of the beating and during the trial of the two young men accused of killing Shepard. They conducted more than 200 interviews with the people of the town, and the breadth of the reactions to the crime is fascinating. Kaufman and Tectonic Theater members have constructed a deeply moving theatrical experience from these interviews, and the result is a breathtaking collage that explores the depths to which humanity can sink and the heights of compassion of which we are capable.

ANGEL SPONSORS
The GCA and the director, cast, and crew of The Laramie Project would like to thank the following individuals for their monetary contributions to our show:
Ellen Angelo, Stephanie and Gary Aston-Jones, Susan Bella, Kathy Boyle, Sue Dick, Maureen and Timothy McNeil, Mary Jane Reichart, Mary Sayres 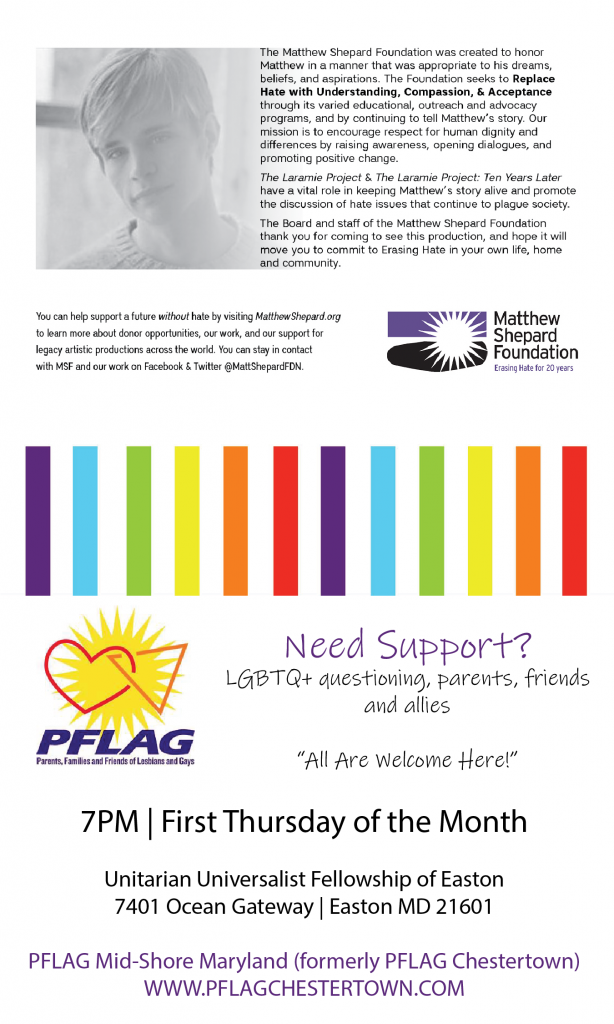