The Play That Goes Wrong

An event every week that begins at 2:00 PM on Friday and Saturday, repeating until March 6, 2022 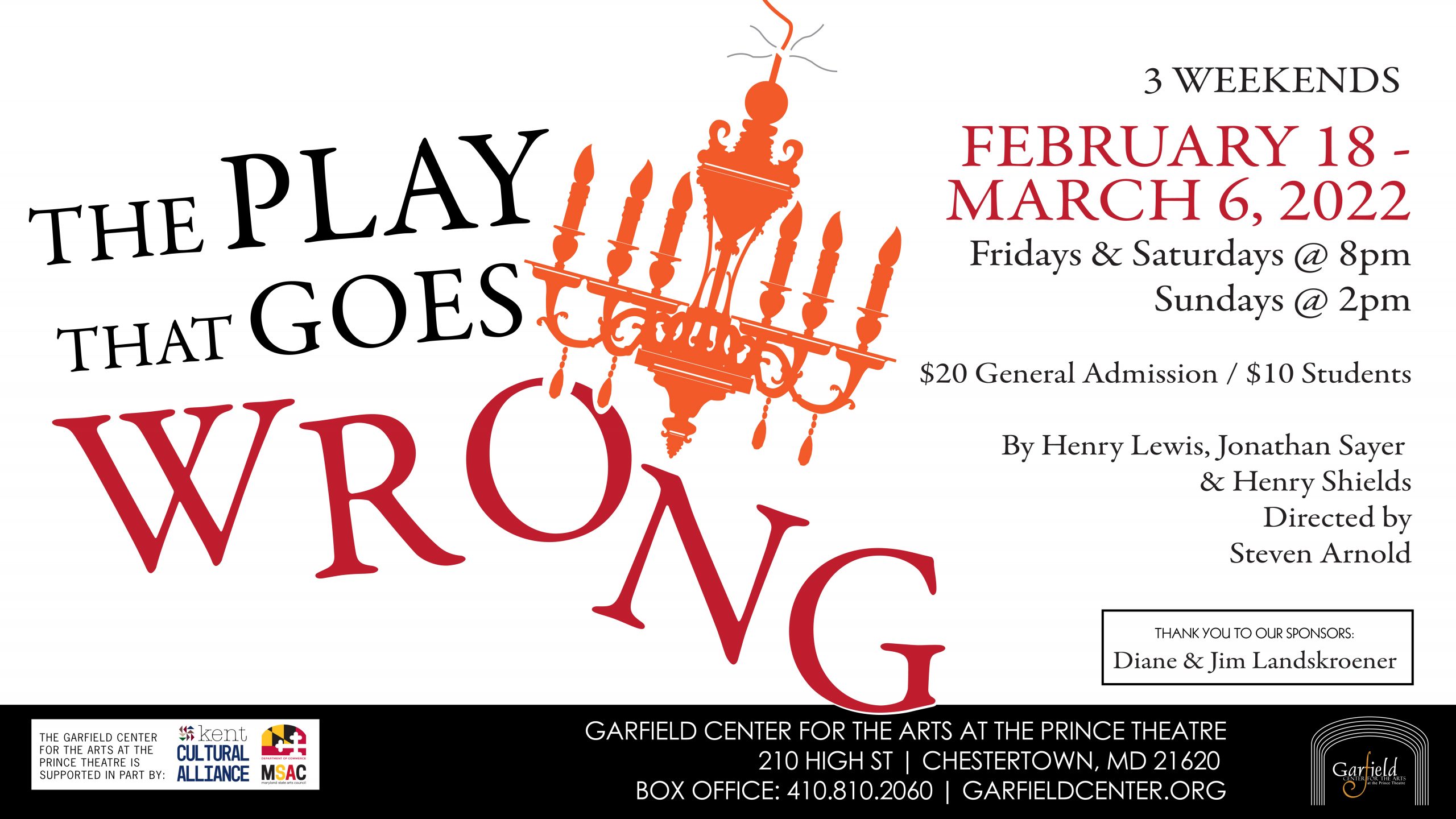 SUMMARY: A smash hit farce and worldwide phenomenon, welcome to opening night of the Cornley University Drama Society’s newest production, “The Murder at Haversham Manor,” where things are quickly going from bad to utterly disastrous. But while this play seems on the surface to be a 1920s whodunit, the play is really about the actors attempting to perform it. Because in this laugh-a-minute comedy, featuring an unconscious leading lady, a corpse that can’t play dead, falling set pieces and actors who trip over everything (including their lines), absolutely everything that can go wrong in the performance does, indeed, go wrong. Nevertheless, the accident-prone thespians battle against all odds to make it through to their final curtain call, with hilarious consequences! Part “Noises Off,” part Monty Python, part Sherlock Holmes, this Olivier Award–winning comedy is guaranteed to leave you aching with laughter!