Increase your chances of winning! 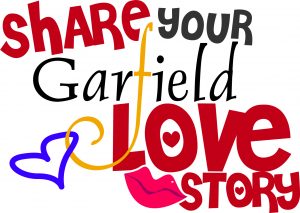 Eligibility: The “Share Your Garfield Love Story Contest” (the “Contest”) is only open to Kent County and Queen Anne’s County, Maryland residents age 16 years or older at the time of the Contest. Parental consent is required for entrants under the age of 18. Notwithstanding the foregoing, the Contest is not open to employees, board members, representatives and agents of GARFIELD CENTER FOR THE ARTS (the “contest sponsor”).

By entering the Contest, each entrant automatically accepts the rules set out below (the “Contest Rules”), which are subject to change without notice, and automatically releases the Contest Sponsor(s) and any other person or entity associated in any way with the Contest, all of their respective affiliates, subsidiaries, directors, officers, employees, agents and their respective advertising and promotional agencies, from any and all liability arising in connection with the Contest, including, without limitation, the selection of the draw winner and the administration of the Contest.

By entering the Contest, all entrants accept the terms and conditions of the following Contest Rules and agree to be bound by them.

Program Description: The Share Your Garfield Love Story Contest will start Friday, February 14, 2020 and will end on Thursday, March 5, 2020. No purchase necessary. The contest has been established to select three (3) winners for three (3) Garfield Center for the Arts gift certificates valued at approximately sixty ($60) US dollars each good for two (2) season show tickets and two (2) drinks and a snack from our concession stand.