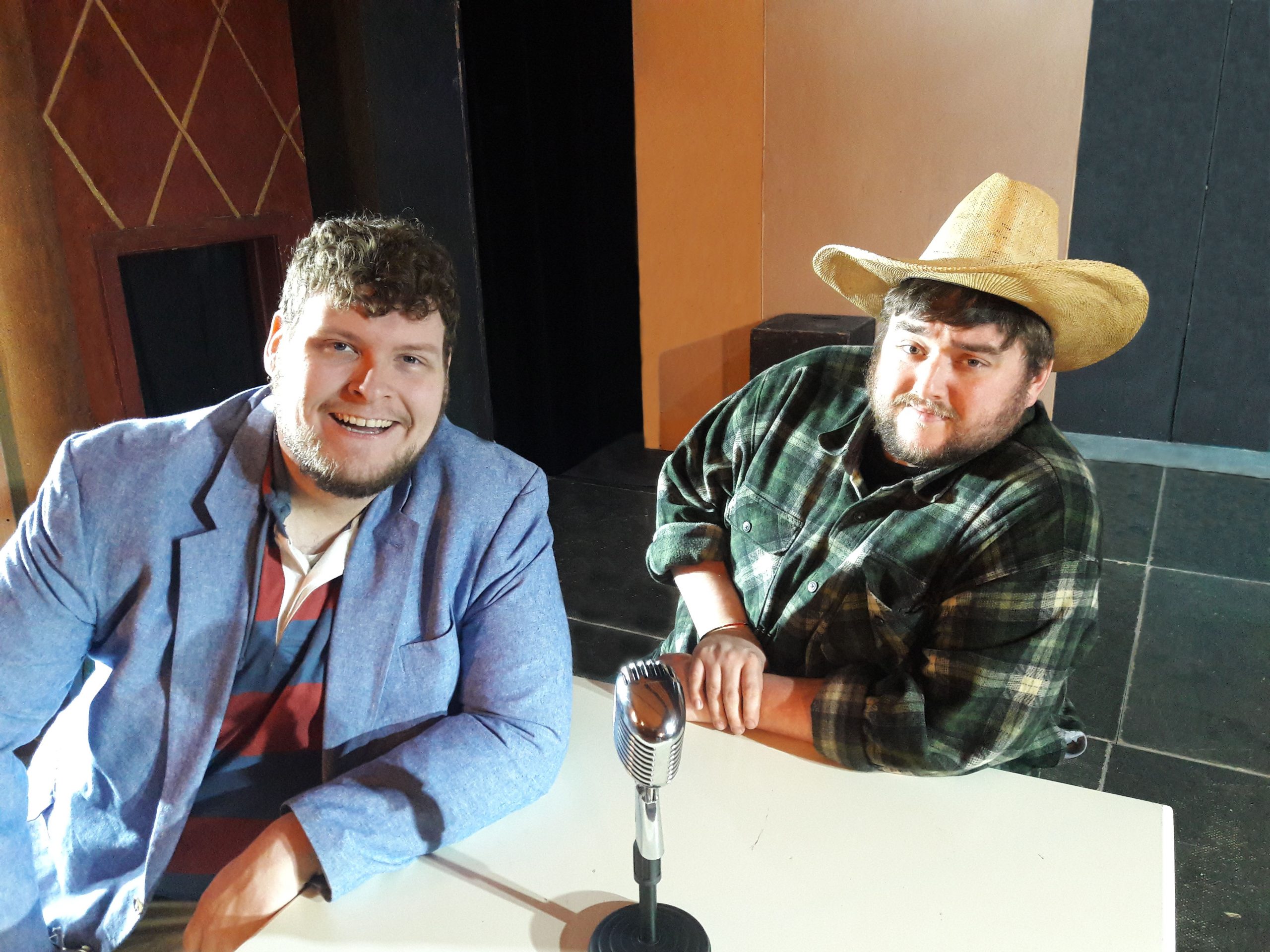 Warm yourself up in the middle of February with red hot hilarity! The Garfield Center for the Arts has announced that the gleefully over-the-top comedy Greater Tuna will replace The Farnsworth Invention as its season opening production in February. Performances will be Fridays and Saturdays, February 14, 15, 21 and 22, at 8:00 PM and Sundays, February 16 and 23 at 2:00 PM. Tickets are $20 for regular admission, $15 for Seniors and Military, and $10 for Students, and can be purchased by calling the box office at 410-810-2060, or via GCA’s website at garfieldcenter.org. Dr. Melvin Rapelyea is the sponsor for this production of Greater Tuna.

Written by Jaston Williams, Joe Sears and Ed Howard, Greater Tuna is a satirical view on life and the trappings of narrow-minded attitudes in rural, small town America. We take a trip to Tuna, the third smallest town in Texas, where the Lion’s Club is too liberal and Patsy Cline never dies. What do Arles Struvie, Thurston Wheelis, Didi Snavely, Aunt Pearl, Petey Fisk, Rev. Spikes, and Vera Carp have in common? Thanks to breakneck, quick-change costuming, all of the characters we meet in Tuna — men, women, children and even animals – are performed by only two comedic actors!

This affectionate and uproarious play debuted in Austin, Texas, in the fall of 1981, and had its off-Broadway premiere in 1982. The original production starred two of its writers, Jaston Williams and Joe Sears, who reprised their roles and added new characters to the additional installments A Tuna Christmas (1989), Red, White and Tuna (1998) and Tuna Does Vegas (2008). The Tuna shows have been some of the most frequently produced and well-loved plays performed throughout the country for decades. RATED PG.

About The Garfield Center for the Arts at the Prince Theatre

The Garfield Center for the Arts is located at 210 High Street in the Arts & Entertainment District of historic Chestertown, Maryland. Our mission is to invigorate the cultural life of our community by nurturing, celebrating and supporting arts and artists through performance and education.

Since its inception in 2002, the Prince Theatre Foundation has enjoyed success in various community endeavors:

Producing top of the line theatrical and musical productions such as Who’s Afraid of Virginia Woolf?, My Fair Lady, Short Attention Span Theatre, The 39 Steps, Mister Roberts, Love, Loss and What I Wore, Sylvia, Sweeney Todd, Animal Crackers, Miracle on 34th Street and most recently Annie: The Musical. Providing quality educational, enriching experiences in the arts for children and adults, such as Playmakers’ Summer Camp, Hedgelawn multi-cultural performance series, MUSICAMP and our monthly programs Open Mic Night, Live Playwrights’ Society and the newly formed Improv Group. The Garfield Center for the Arts collaborates with Kent County Schools to provide enrichment opportunities for elementary, middle and high school students through our Spring and Fall Educational Outreach Program, featuring a field trip opportunity each season.

Partnering with over a dozen community organizations for fundraising and other events that benefit us all.

Both the theatre, and the foundation that calls it home, are recognized and valued as a unique community center for the arts on the Upper Eastern Shore.