An event every week that begins at 8:00 PM on Friday and Saturday, repeating until December 18, 2016 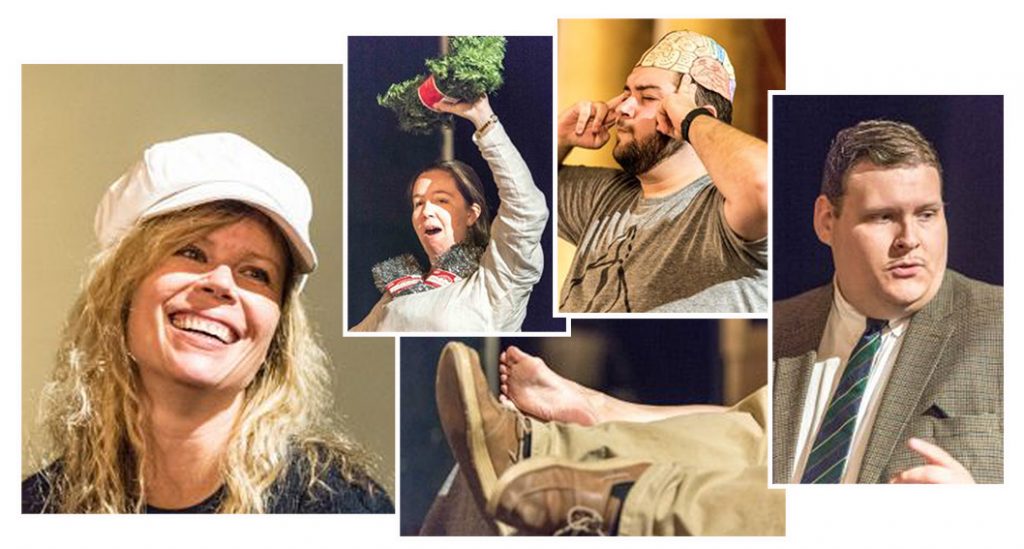 The Garfield Center for the Arts invites you to enjoy the light-hearted fun of “The 39 Steps” which opens Friday, December 2nd. (Suitable for all ages!)

Director Mark Sullivan assembles a phenomenal cast for this delightful holiday comedy. Brad Chaires, Melissa McGlynn, Dan Guidice, and Hester Sachse are four gifted actors, but they will portray dozens and dozens of roles in this fast-paced comic gem.

“The 39 Steps” is Patrick Barlow’s farcical adaption of the classic movie by Alfred Hitchcock. While the play retains much of the movie script, it mixes in a hefty helping of Monty Python-inspired lunacy. Just four actors fill the hundreds of roles in this delightful suspense-romantic-comedy-farce-free-for-all. Our hero, Richard Hannay, is caught up in a mysterious tale of international espionage which sends him on a frenetic adventure from London to the misty moors of the Scottish highlands. Will he be able to save the day? Along the way there are deadly spies, beautiful femme fatales, a thrilling chase inside (and on top of!) a speeding train, lots of laughs, and so much more.

The play debuted in London where it won the Olivier Award for Best Comedy (Britain’s version of the Tony), and had a long run on Broadway where it was nominated for and won a number of Tony awards.