Choppin’ at the Shop 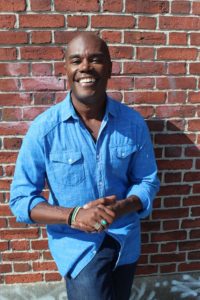 FREE and open to the public!

Join us for a unique and original multi-media work of music, the art of conversation, and photography as it relates to Black Americans who work or have worked in Kent County. Using the imagery of the barbershop and the beauty salon, acclaimed vocalist Marlon Saunders weaves the notion of economics, politics, race and gender in order to demonstrate the power of hopes and dreams.

Marlon Saunders is an American singer, songwriter and record producer. A former professor of voice at Berklee College of Music, he currently teaches at NYU’s Tish Center for the Arts. Saunders has two solo recordings on his independent label, Black Honey Records. Marlon toured with Stevie Wonder on The Songs In The Key of Life Tour, served as vocal contractor for Sam Smith, and has toured with Bobby McFerrin as a member of his vocal group, Voicestra. As a session and touring singer, he has worked with Michael Jackson, Billy Joel, Sting, Joe Henderson, Nine Inch Nails, and Dance Theatre of Harlem, among many others. Marlon appears as the Calypso Singer in the popular Disney film, Enchanted singing the Academy Award-nominated song, “That’s How You Know” with Amy Adams.

Produced by Marlon Saunders and the C.V. Starr Center for the Study of the American Experience.

Part of The Way We Worked at Sumner Hall