An event every week that begins at 8:00 PM on Friday and Saturday, repeating until August 8, 2021 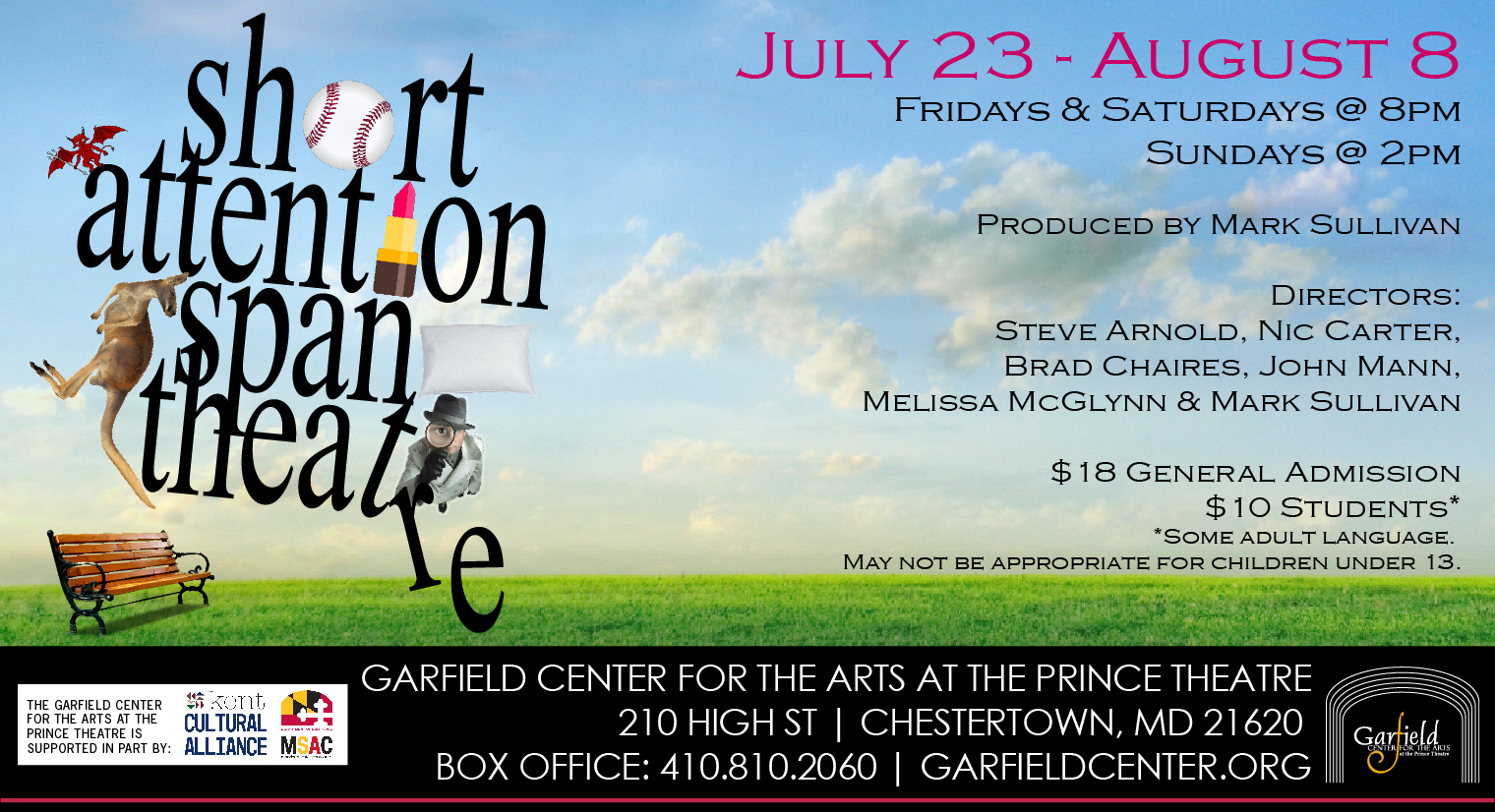 The Garfield Center for the Arts has been hard at work rehearsing the 10-minute plays that make up this summer’s installment of our annual Short Attention Span Theatre.

Also known as SAST, the production opens July 23 and runs through Aug 8.

Once again featuring a large cast of local performers and directors, along with premiering several original plays, SAST is produced by Worton resident Mark Sullivan, a news release states.

A champion on the yearly event and active in it almost every year since its inception, Sullivan is also a regular volunteer for the Garfield Center and currently serves as board president.

Nic Carter directs the comedy “An Emoji Named Desire,” by John Minigan. In the play, young intern Sterling is torn between charismatic, creative Blanchard DuBois and tough-minded project manager Ms. Stanley as he tries to chart his future path at a leading emoji building company.

Chaires is the director for “God on the Couch,” a comedy by Dan O’Day. In the privacy of his therapist’s office, God grapples with an existential crisis of biblical proportions.

Gil Rambach and Dan Guidice are the performers.

Sullivan also wrote and is directing one of the plays, “Look Into Your Heart,” which will feature performances by Steven Arnold and Carter, the Garfield Center’s executive director and theatre manager, respectively. In the comedy a chance meeting in a park leads to surprising revelations and self-reflections.

Arnold directs Shannon Whitaker, Lyles and Guidice in “Domestic Disturbances,” a play by Steven Korbar. In this comedy, a woman admits during a police interview to becoming so unhinged by one of her husband’s tendencies that she’s attempted to murder him.

John Mann directs another comedy written by O’Day, “Deadman’s Curves,” a play about a private eye, a dame and a mysterious box. Nevin Dawson and Heather Joyce-Byers are the performers.

Melissa McGlynn directs “A Day At The Ballpark,” a hilarious and, perhaps, familiar take on language and misinterpretations. In a classic pairing, McGlynn teams up alongside Jen Friedman to perform this great comedy piece.

McGlynn also directs the comedy “The Possessthion,” by Ron Burch. In the comedy, a precocious young girl has become possessed by a demon. But is that really bad news? The cast includes Friedman, Sharon Herz and Patrick Pearce.

Performances begin July 23 and run at 8 p.m. on Fridays and Saturdays and 2 p.m. on Sundays through Aug. 8.